If you didn’t know I am a huge Disney fan! I decided that doing the Disney book tag is the best way to share my love of both Disney and reading! I got this idea from Into The Bookcase, so definitely go check out their blog! Now let’s get started!

1. The Little Mermaid: A character who is out of their element, a “fish out of water”

I was a little unsure of whom to pick, but I remembered Louisa from Me Before You by Jojo Moyes. Louisa is thrown out into the world when she loses her job at the cafe and she ends up getting a new job as a caretaker. I’m pretty sure if I went from serving people coffee in a cafe to taking care of someone I would be out of my element completely.

2. Cinderella: A character who goes through a major transformation 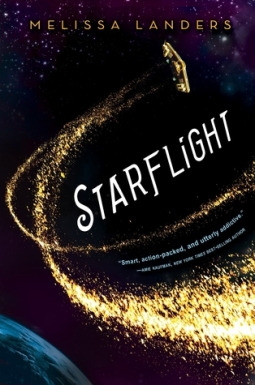 When I saw this I immediately thought of Doran Spaulding from Starflight by Melissa Landers. Doran goes through so much as he meets Solara Brooks, which changes both their lives forever. I think Doran is perfect for the title of Cinderella due to how much he changes throughout the novel. I don’t wanna spoil anything though 😉

3. Snow White: A book with an eclectic cast of characters

So after looking up the word “eclectic” I decided to choose Dorothy Must Die by Danielle Paige. I love seeing all the different characters throughout the novel and seeing who chooses to be good or bad. It’s so different from the original and I think it makes it perfect for the title of Snow White.

4. Sleeping Beauty: A book that put you to sleep

I decided to go with Beowulf by Seamus Heaney, because it’s one long poem that doesn’t make sense to me. Plus I had to read it for school and it just bored me completely.

5. The Lion King: A character who had something traumatic happen to them in childhood

I chose Space Case by Stuart Gibbs, because Dashiell Gibson is a kid on the moon who almost gets murdered! If that’s not traumatic I don’t know what is!

6. Beauty and the Beast: A beast of a book (a big book) that you were intimidated by, but found the story to be beautiful 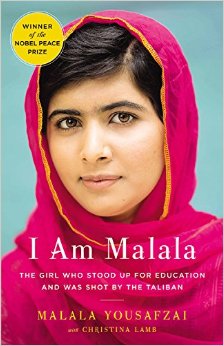 I decided to go with the book I am Malala by Malala Yousafzai, because I thought this book had an amazing story. It isn’t a big book but I did find this book intimidating because it’s nonfiction and I mainly read fiction. I read this book for school and I thought it was better than expected.

7. Aladdin: A character who gets their wish granted, for better or worse

I chose More Happy Thank Not by Adam Silvera, because in the novel there is a kid who does everything to fit in and in the end it ended up causing him a lot of problems. He got his wish and it wasn’t what he thought he wanted.

8. Mulan: A character who pretends to be someone or something they’re not

I chose Arnold Cunningham from the novel Christine by Stephen King, because Arnold begins to act like a completely different person and everyone is noticing. They believe it’s because of that car “Christine” and they’ll do anything to have their normal Arnie back.

9. Toy Story: A book with characters you wish would come to life

The Seekers series is one of my favorites and I would love to see some of the characters in real life! Bears are my favorite animals and I  think it would be so cool to be able to communicate with the ones from this series!

I chose Mace from Children Shouldn’t Play With Dead Things by Martina McAtee, because Mace isn’t exactly a good guy since he has to kill for food. He doesn’t have a soul and he can’t be trusted, but seeing him throughout this novel is amazing as you see emotions you didn’t think he could physically possess.

I had a lot of fun doing this book tag and I hope y’all enjoyed reading it! Anyone is welcome to do this. I hope y’all have an amazing Tuesday!