So, how many of my readers have a tattoo or multiple tattoos? I would really like to know. I want to know your thoughts on them whether you have them or not.

I’ve always loved tattoos…being an artist and art lover makes it easy to be huge fan of art on the body. My parents, however, aren’t a fan. They think tattoos are ugly and all that jazz which I can’t be mad about because they did grow up in a different time. Tattoos are definitely more accepted now and I know they wouldn’t stop loving me if I got a tattoo. They would be upset about it but they wouldn’t be able to change it so ultimately they would have to get over it haha.

Another reason I have questioned getting a tattoo is because of my religion…but honestly it’s not a strong enough argument to me. Here’s the quote every Christian likes to run to when it comes to tattoos: Leviticus 19:28, which says,”You shall not make any cuttings in your flesh for the dead, nor tattoo any marks on you: I am the Lord.”

So, that verse is talking about people whom were doing things that were kind of ritualistic that didn’t line up with a Christian life. God set some rules, I guess you can say, and that’s that. However, there are a lot of things in the Bible that people don’t practice/do anymore because it is a different time. I’m not saying that since it’s old it shouldn’t be considered. Nope. I think if you want to mark your body with something that’ll last you need to make sure you’re doing it for the right reasons and that it should still align with your faith. If that makes sense. Also, if you are someone that has some spontaneous tattoos I’m not saying that’s a bad thing either, because let’s be real spontaneous decisions can be some of the best ones. I’m just saying sometimes putting a lot of thought into it might be better in the long run. Ultimately I don’t think God will care too much about a tattoo…I’m sure he cares more about who you are as a person.

Sorry for my little religious rambling haha. It happens. I’ve thought about a lot of different tattoos I want and one of the big reasons I haven’t gotten one yet is because I’m still indecisive about them. I love tattoos, but they are an investment and I’m not sure I want to drop a lot of money on a tattoo at the moment. Plus, I keep changing my mind on what I want. There are a lot of ideas swirling around in my mind and I know I would be happy with them if I got them, but I’m not so sure about placement either which can come back to bite you if you’re not careful. For example I’m not allowed to have any tattoos visible at work…it would be easy for me to cover them while at work but I’m sorry it’s getting hot now and I don’t want to wear a long sleeve shirt all the time haha.

I’ve thought about getting a book related tattoo, but I’m not so sure. I know a lot of book fans get Harry Potter tattoos but I’ve never read the books. Books are a really big part of my life but I’m not sure I want a tattoo of them….at least not right now. However, they are really cute. 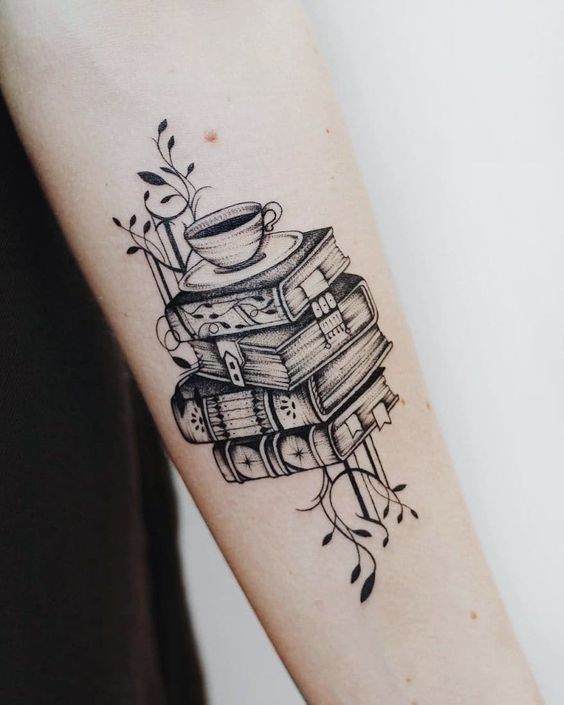 I’ve also thought about getting a hockey tattoo. 🙂 Hockey means a lot to me and I’ll always hold it close to my heart. I know I’m not the best fan anymore, but I’m still trying to figure out my life and balance everything. That doesn’t mean the sport isn’t important to me though. It was something I looked forward to every week and I wish I had that back. I miss the sport a lot and it just has so much meaning to me. 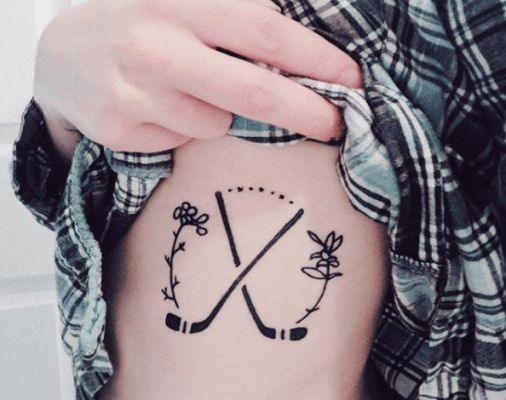 I’ve also thought about getting a tattoo of my two dogs, one of which has since passed away. I’m not sure though because I know it would be expensive and I know the artist I would want to get it done by. I’m just not sure it would work. It’s still just a thought. I’ve thought about getting other animals tattooed on me to but those ones were just passing thoughts haha.

I also want a tattoo for my faith. That’s probably the only one I’m pretty sure on but haven’t gotten yet. The biggest reason I haven’t gotten it done yet is because I’m not sure I’m ready to commit yet. I don’t want to get it now and then hate the placement later so I’m just gonna wait. I’ve got plenty of time so I’m not in a rush haha.

Comment below some of the tattoos you want or have! I would love to hear! ❤ ❤