I’m here to share my April Book of the Month pick! I’m very excited and happy about it! 🙂 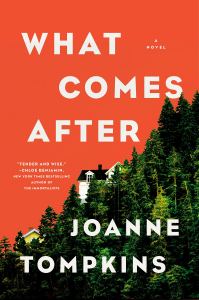 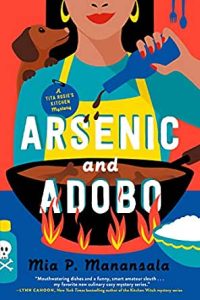 So…I chose two books for April. Whoops. They both sounded so good and I couldn’t pick just one of them so I decided to get both of them haha.

What Comes After Synopsis: After the shocking death of two teenage boys tears apart a community in the Pacific Northwest, a mysterious pregnant girl emerges out of the woods and into the lives of those same boys’ families–a moving and hopeful novel about forgiveness and human connection.

In misty, coastal Washington State, Isaac lives alone with his dog, grieving the recent death of his teenage son, Daniel. Next door, Lorrie, a working single mother, struggles with a heinous act committed by her own teenage son. Separated by only a silvery stretch of trees, the two parents are emotionally stranded, isolated by their great losses–until an unfamiliar sixteen-year-old girl shows up, bridges the gap, and changes everything.

Evangeline’s arrival at first feels like a blessing, but she is also clearly hiding something. When Isaac, who has retreated into his Quaker faith, isn’t equipped to handle her alone, Lorrie forges her own relationship with the girl. Soon all three characters are forced to examine what really happened in their overlapping pasts, and what it all possibly means for a shared future.

Arsenic And Adobo Synopsis: When Lila Macapagal moves back home to recover from a horrible breakup, her life seems to be following all the typical rom-com tropes. She’s tasked with saving her Tita Rosie’s failing restaurant, and she has to deal with a group of matchmaking aunties who shower her with love and judgment. But when a notoriously nasty food critic (who happens to be her ex-boyfriend) drops dead moments after a confrontation with Lila, her life quickly swerves from a Nora Ephron romp to an Agatha Christie case.

With the cops treating her like she’s the one and only suspect, and the shady landlord looking to finally kick the Macapagal family out and resell the storefront, Lila’s left with no choice but to conduct her own investigation. Armed with the nosy auntie network, her barista best bud, and her trusted Dachshund, Longanisa, Lila takes on this tasty, twisted case and soon finds her own neck on the chopping block…

I’m really excited for both of these books even though the second book is the start of a series haha…we all know how I feel about series. I can’t wait to read them though. I better step up my reading and read the BOTM from March haha. Anyone else adding these to their TBR?